It’s been 43 school days since the first Blatch Cricket match of the season took place. In that time we’ve managed to use 21 of them for cricketing activities! The boys’ teams have played a combined 17 games (plus 1 rained off half way through) and the girls’ U13 & U15s have had two all day tournaments each, with some of our cricket leaders also helping to score and umpire at the U13 tournaments). The U13s have also played against Stringer in a friendly, our cricket leaders helped out at Sussex CCC DisCOVERability day and we also visited Sussex CCC for a reward trip, watching Sussex v Leicestershire.

So we crammed quite a lot in!

Our year 7s as a complete year 7 team only managed 3 games due to losing to Brighton College (by just 2 wickets) in the county cup, and a lack of other school teams to play against. In the two other games we did manage to play, the boys lost to a very good BACA Academy team by 20 runs and beat Stringer by 2 wickets. However some of the boys did get more cricket playing for our Under 13 team, this was a mixture of year 7s & predominantly 8s. We have seen some great performances in the matches the boys have played including Billy H’s 50 and Fred B’s 5 wicket haul, both of these in under 13 games.

The future of Blatch cricket looks in safe hands with these boys at the school, well done to all! 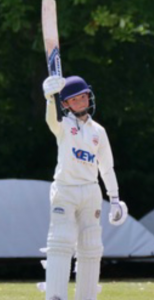 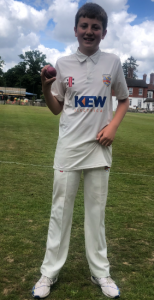 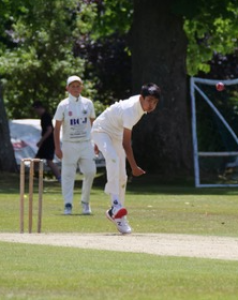 The year 8s as a team had one game which was a very comfortable win against Varndean. As well as this, our year 8 team have been concentrating on the Under 13 Cup competition where they did very well to make the semi finals. En route they beat some very good sides including Brighton College in the first round and then Downlands in the 2nd round. The competition then came to a swift finish as some schools got behind on their games. This meant the boys had to go to Cumnor House to play Patcham in the quarter finals before playing the hosts straight after in the semi-final. Patcham were beaten comfortably, as the boys racked up 144 runs before dismissing Patcham for just 33. Cumnor House were a different proposition altogether; they were a really strong side and restricted us to 98. That was never going to be enough unfortunately. However, it was a great effort in such a big competition and the boys did themselves proud. In the other 2 games they played the boys made light work of Newman, beating them by 88 runs, then came Stringer who batted their overs before the rains came down and the game was abandoned. That wasn’t the season over for some of the boys as they also represented the school at Under 14 level. 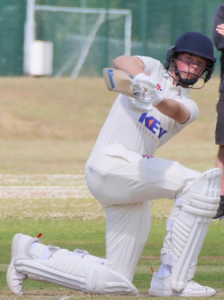 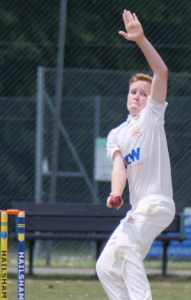 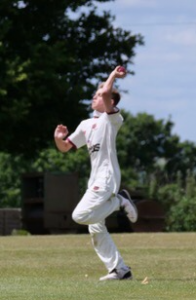 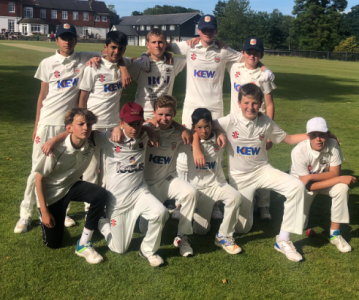 The year 9s just played in the U14 & U15 State School Cups this year, making the final in both. Mixed with some year 8s in the under 14 cup they impressively beat 3 very good teams in Tanbridge House (by 7 wkts), Sackville (by 7 wkts), and in the semi-final Hailsham (by 9 wkts). These victories came about by some excellent bowling and fielding but wouldn’t have been possible without some class run chases led by Henry A. He scored 58 not out and 80 not out as we progressed to the final. These runs also came off the back of 55 not out and 46 not out for the U13s. There were some good performances from others in our cup run with some excellent bowling spells from Alfie B and Calvin CR, two of the most economical bowlers for the school this year, and Eli B who got 5 wickets in a match. The final didn’t go our way, with us losing early wickets and our opponents restricting us to not very many, we bowled and fielded well but it wasn’t to be. The boys can be very proud of the way they played throughout what was a very tough competition. 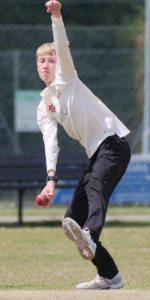 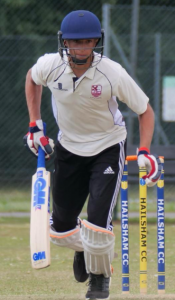 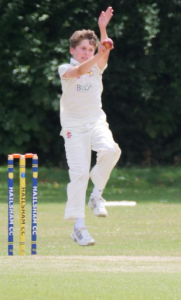 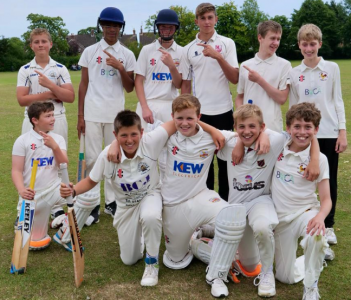 Our year 10s had just 4 games this season, they opened proceedings for the school with a 1st round victory against Patcham in the state school cup. We scored 152 before bowling our opponents out for 91. The next round brought us up against Stringer in the quarter finals. We batted well but Stringer still made a good game of it and we ended up winning by 28 runs. BACA were our opponents in the semi-final, another tough test for the boys but they came through with flying colours. After some excellent bowling restricted BACA to 106 for 8 our batters Henry (39) John (23) & Luca (20) saw us home. Like the U14s final it was tinged with slight disappointment mixed with immense pride in the boys as they lost to a very good Steyning Grammar school team. We ran them close but we couldn’t quite chase down the 144 target. 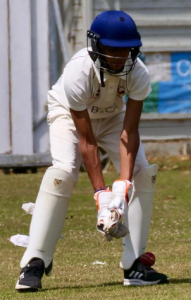 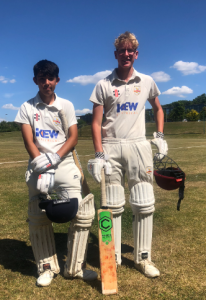 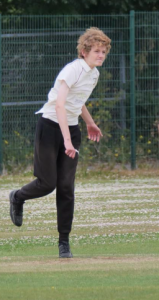 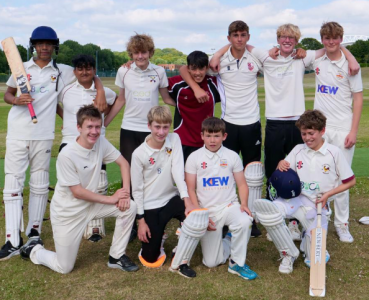 Obviously this is the last year’s cricket for our year 10s and after 2 years of no cricket we certainly have missed out on seeing the skills of Luca and Joe in particular. We wish them well in their cricket ‘careers’ outside of Blatch, which are already going very well.

Finally, I’d like to say a big thank you to Mrs Lou Adams for her amazing photography and support this year and farewell to 2 of our players who are going to new and exciting things. Oscar W in Year 10 is moving to Australia and George S (Year 8) is off to Bedes School, good luck to you both.

The girls’ cricket has been slightly reduced this year but hopefully next year we can get more games. Instead of league and cup games it was decided there would just be some full day competitions. We entered two for the U13s and two for the U15s. The tournaments were a first ‘competitive’ cricket experience for all but 2 of our players and they did themselves proud. The girls have come on so much since they started and their team spirit and willingness to help each other learn the game is amazing. This year and over next winter is all about improving our skills and gaining confidence and I’m sure they will be back next summer winning even more games than they did this year. The U13s did play in A and B games against Stringer A and B sides; Blatch won 2 of these and Stringer won 2. 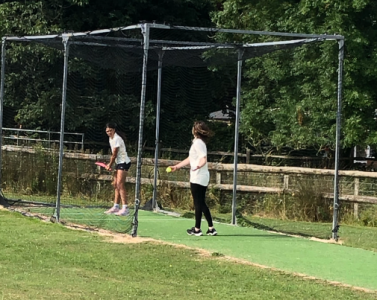 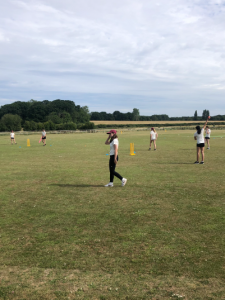 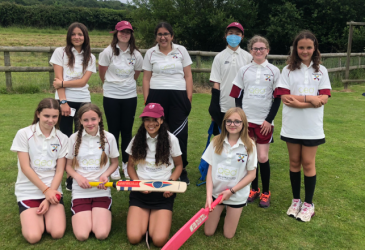 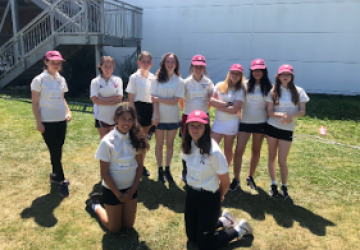 So that wraps up the cricket playing side of things except to say what a pleasure it has been taking all the teams this year, they have represented the school very well. Special thanks to all our captains and vice captains who led the teams so well; Billy H, Fred B, George S, Henry A, Eli B, Joe H, Luca B and Clara PN.

As well as actually playing, our cricketers have also been involved with other cricketing activities. Some of our U15s did umpiring and scoring in the U13 girls competitions, and the organisers and teachers from other schools were full of praise for Eli, Ziggy, Oscar, Joe and Luca.

We also took 16 cricket leaders to Sussex CCC to help with their DisCOVERability day. This is a day where adults and children with physical and learning disabilities come to Sussex CCC to try out various sporting activities. Our leaders acted as chaperones for groups and they also helped with engaging the guests in the activities. 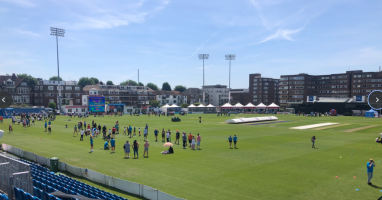 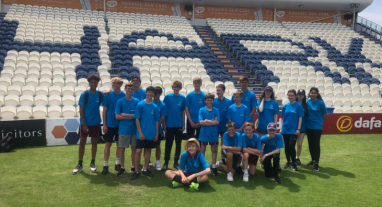 Finally, we had our reward day out for our cricketers! Sussex CCC very kindly offer all schools across Sussex free tickets to a four day match. This year it was against Leicestershire, and we took up the offer on day one of the match. We watched Sussex bat and saw plenty of runs. The day started with a look around the club's museum and we then gave out a Sussex CCC quiz for students to complete throughout the day, the winner of which was Hanna L. I hope she enjoyed her Sussex goodies and chocs! For the first hour of the game we asked that students score the game on the scorecards they were given, so that they can learn how to score and focus fully on the game. Throughout the day the students also made full use of the ice cream van, free face painting and club shop.

At the lunch interval we were invited on to the outfield to play some softball cricket and there was also some autograph hunting throughout the day as the students patrolled the boundary line and the player’s pavilion. Our students had a great day and were very well behaved - it was a very well deserved day out for them.

I look forward to doing it all again next summer! #blatchcricket